Of the series of prizes created by Longines and the IFHA*, these two awards play a significant role in honouring all the protagonists in the equestrian world.

Of the series of prizes created by Longines and the IFHA*, these two awards play a significant role in honouring all the protagonists in the equestrian world. 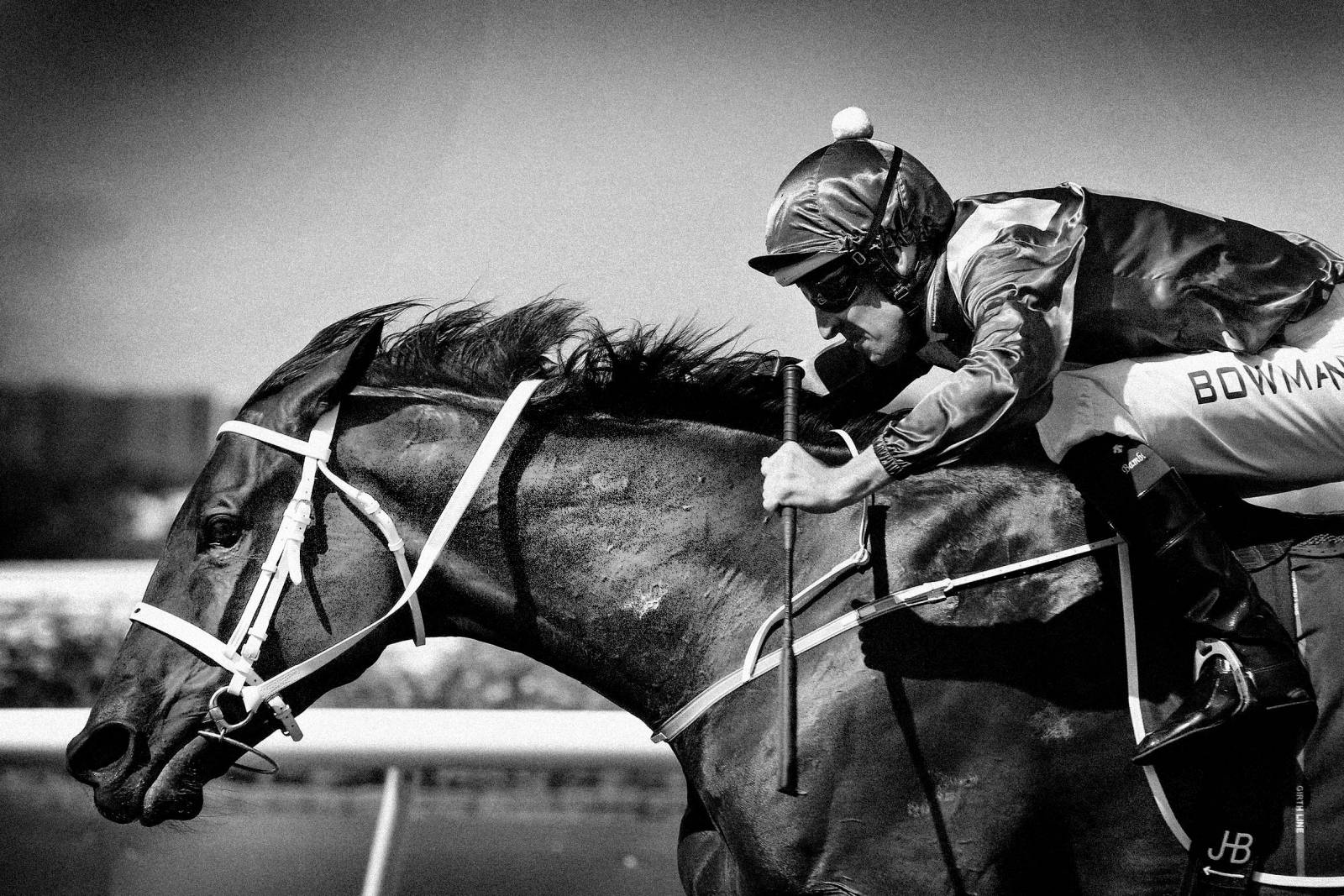 Winx has been in the Top 10 of the Longines World’s Best Racehorse Rankings since 2015 and has been the highest rated filly/mare in the world since 2016. In 2018, she claimed overall top honours during a season that culminated in her becoming the only horse in history to win the Ladbrokes Cox Plate four times.

It has become something of a tradition. The awards ceremony for the prizes given to the best racehorses and the best race of the year has taken place in London for the sixth time. And to celebrate the 2018 winners, it was held in the wonderfully elegant and ultra-British surroundings of the iconic Landmark Hotel, situated in the heart of the City of Westminster. We took advantage of the occasion to revisit with Louis Romanet, President of the IFHA, the fundamentals – and the values – that underpin these rankings.

They tell the story of the races

Since 2013, the Longines World’s Best Racehorse prize has been awarded to the three highest-rated racehorses in the Longines World’s Best Racehorse Rankings. “At this point in time, we have achieved our objective precisely, in other words to assess the performance of the best horses in the world”, explains Louis Romanet. In 2018, two horses tied for the coveted top spot with a score of 130: the exceptional mare Winx, trained in Australia, and the impressive British winner Cracksman, trained in Europe, while the American horse Accelerate took third place in the world rankings, with a score of 128. How does this help to improve the world of racing? “The Federation’s mission is, among other things, to encourage harmonisation of the rules, and we have made progress in many areas, such as the horses’ well-being, the care they receive when they retire, and the rules regarding races – especially integrity and checks”. 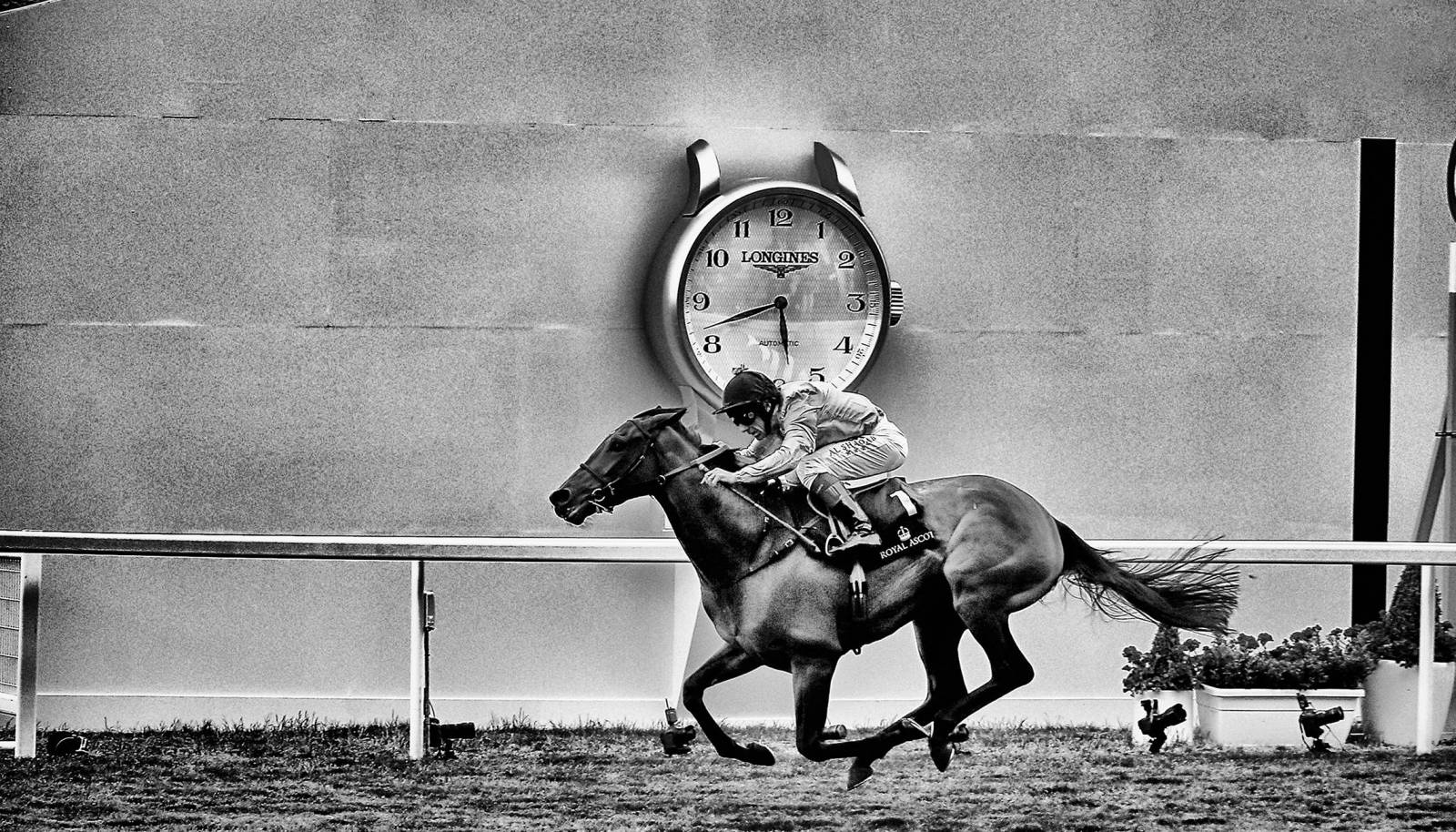 As co-winner, Cracksman impressed as well, with his trademark victory coming in the QIPCO Champion Stakes on British Champions Day at Ascot, where Longines is a Main Partner and the Official Timekeeper. The British runner was campaigned by the same connections as Golden Horn, the 2015 highest rated turf horse in the world. Cracksman’s jockey in 2018 was Frankie Dettori, who was named Longines World’s Best Jockey in 2018 as well as in 2015.

My grandfather created the prix de l’Arc de Triomphe in 1920. The name was chosen in honour of the end of the First World War.

The newest award, the Longines World’s Best Horse Race prize, created by Longines and the IFHA in 2016, recognises the highest scoring race among the Group 1 international races, according to the ranking drawn up by a panel of international handicappers. For the third consecutive year, it was awarded to the Qatar Prix de l’Arc de Triomphe. This race, of which Longines is the Official Partner and Official Timekeeper, takes place at the Paris Longchamp racecourse and attracts some of the best horses, breeders, trainers and owners in the world. The President of the IFHA describes, with some emotion, the success of what has become “the greatest international race in the world”. And when it comes to success, these awards symbolise a remarkable outcome: not only the dynamic and high-value partnership between the IFHA and Longines, but also the importance attached to this type of recognition by the professionals and everyone involved in the world of horse racing. This was evident during the ceremony from the thunderous applause that greeted the nominations, resounding like a rapturous echo. 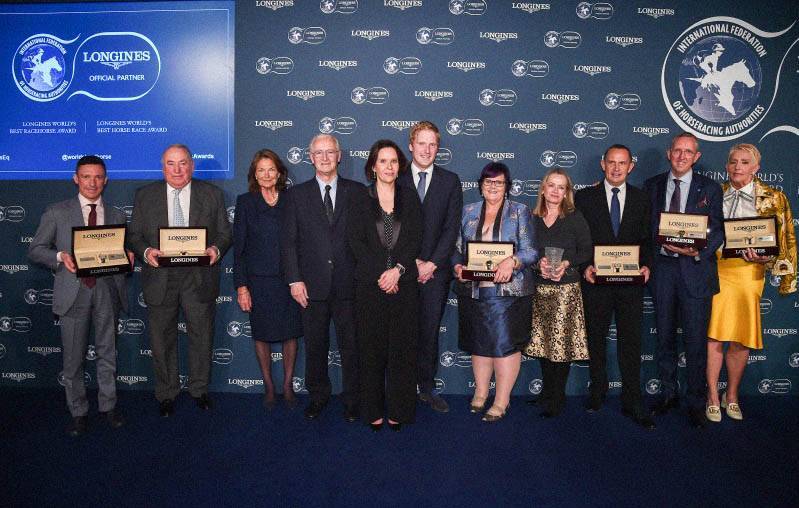 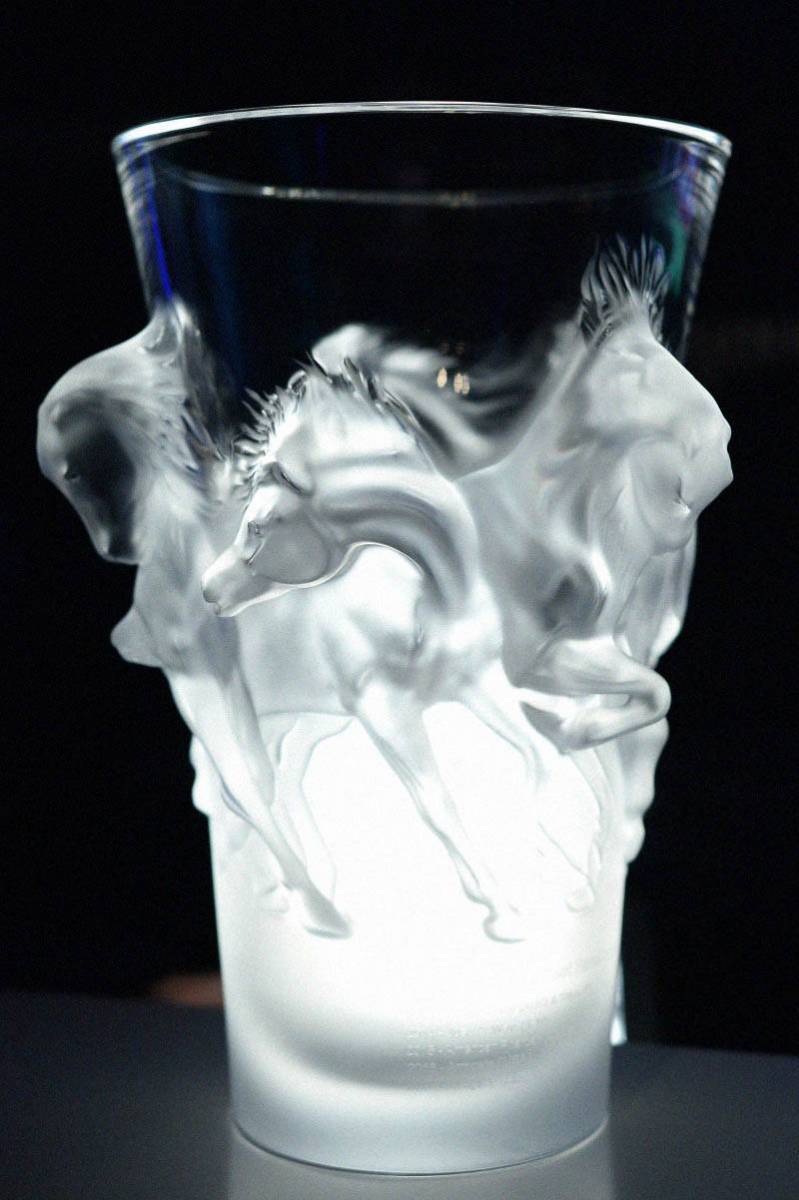 An interview with Matthieu Baumgartner, Vice-President Marketing at Longines.

-H Equestrian Passion: Longines has long been involved in the equestrian world, and especially the racing world. In what way is this commitment in keeping with its essential values?

-Matthieu Baumgartner: The relationship that Longines has with the equestrian world goes back to the early years of the brand, with the production of pocket watches decorated with horses. The oldest of these watches known today dates from 1869. Several years later, in 1878, our brand developed a chronograph movement which was immediately presented in a case engraved with a jockey and his mount. Such chronographs were used at racecourses from the 1880s, as can be seen in a number of American advertisements from that era. Historically, our involvement in the equestrian world is also perfectly in keeping with the image and philosophy of our brand. The values of tradition, elegance and performance are at the heart of our daily work and, similarly, help to guide all sport and horse enthusiasts.

-WHAT IS THE ORIGIN OF THESE AWARDS? HOW WERE THE RANKINGS CREATED?

-The first edition of the Longines World’s Best Racehorse prize took place in 2013, during the Longines Hong Kong International Races. On that occasion, the title was awarded to Black Caviar (AUS) and Trêve (FRA). This ranking is established by international handicappers based on the performances of the best racehorses in the world. Then, in 2016, we created the Longines World’s Best Horse Race prize, which was awarded that year to the Qatar Prix de l’Arc de Triomphe, of which we are now the Official Partner and Official Timekeeper. This award recognises the best score from the Group 1 international races, according to the ranking drawn up by panel of international handicappers. The rankings for the top four horses in each race serve as the benchmark for the scoring. 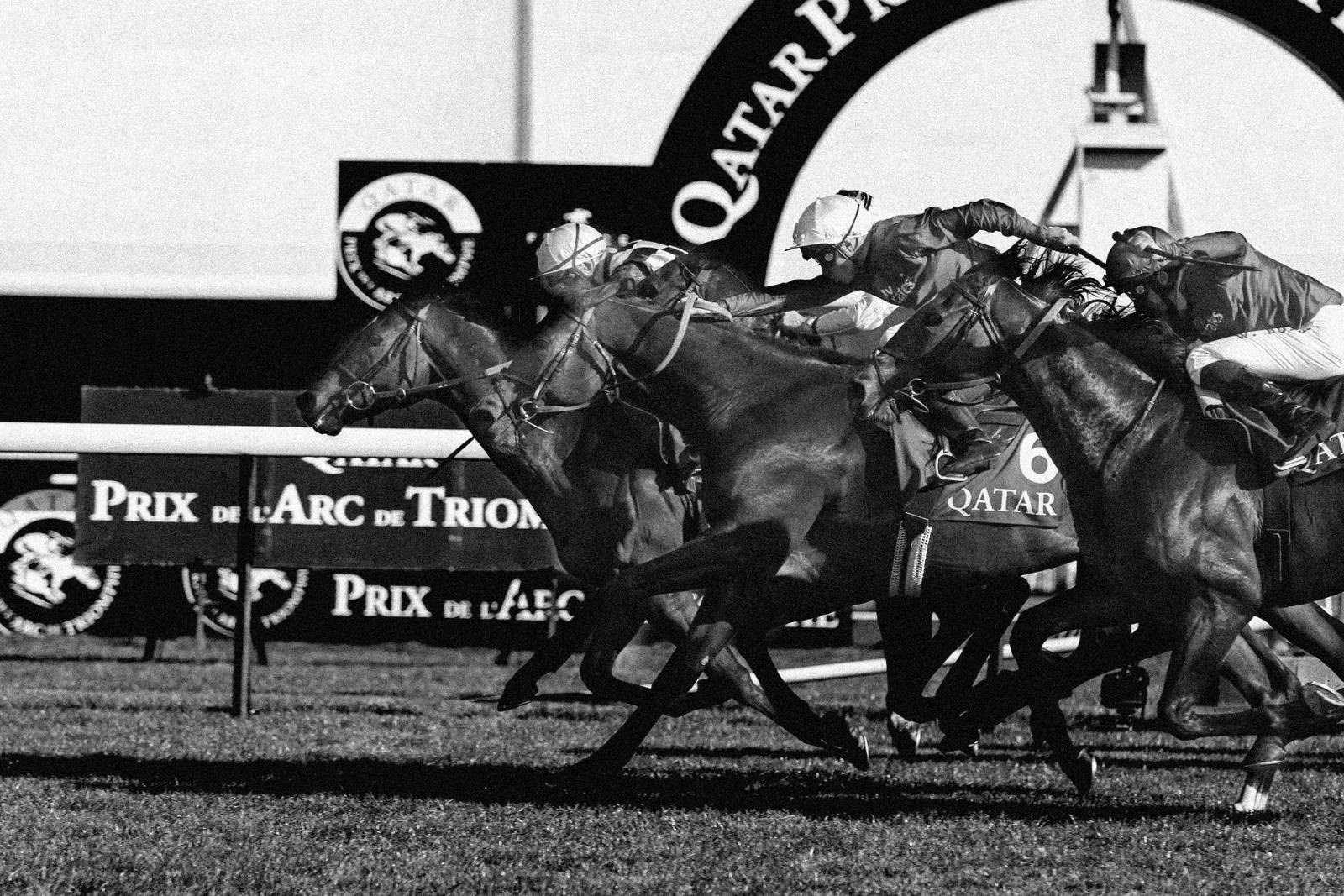 Longines and the IFHA were also proud to award the Qatar Prix de l’Arc de Triomphe as the 2018 Longines World’s Best Horse Race. Longines is proud to be the Official Partner and Official Timekeeper of this mythic race that takes in Paris, and attracts the best horses, breeders, trainers and owners from all over the world.

-HOW DO THE AWARDS HELP TO ADVANCE EQUESTRIAN SPORTS?

-With these two prizes, Longines and the International Federation of Horseracing Authorities (IFHA) bring together all the players in the racing world and help to raise the international profile of equestrian sports. These prizes also help to lift the races, in eyes of the world, to the rank of sporting feats, with their legendary venues and their stars, whether horses, owners, jockeys or breeders.

-RACING IS POPULAR WITH A VERY WIDE AUDIENCE. HOW DOES THIS TRADITION CURRENTLY FIT WITH THE YOUNGER GENERATIONS?

-In recent years, equestrian sports have become more and more popular in many countries around the world and attract an ever-increasing young audience. Spectators enjoy spending time with family or friends while watching high-level sporting competitions that guarantee suspense and emotion. It is also important to point out that such competitions have the benefit – and the particular characteristic – of involving men and women equally, together. This equality is also found in our collection, since we offer as many women’s watches as men’s watches. 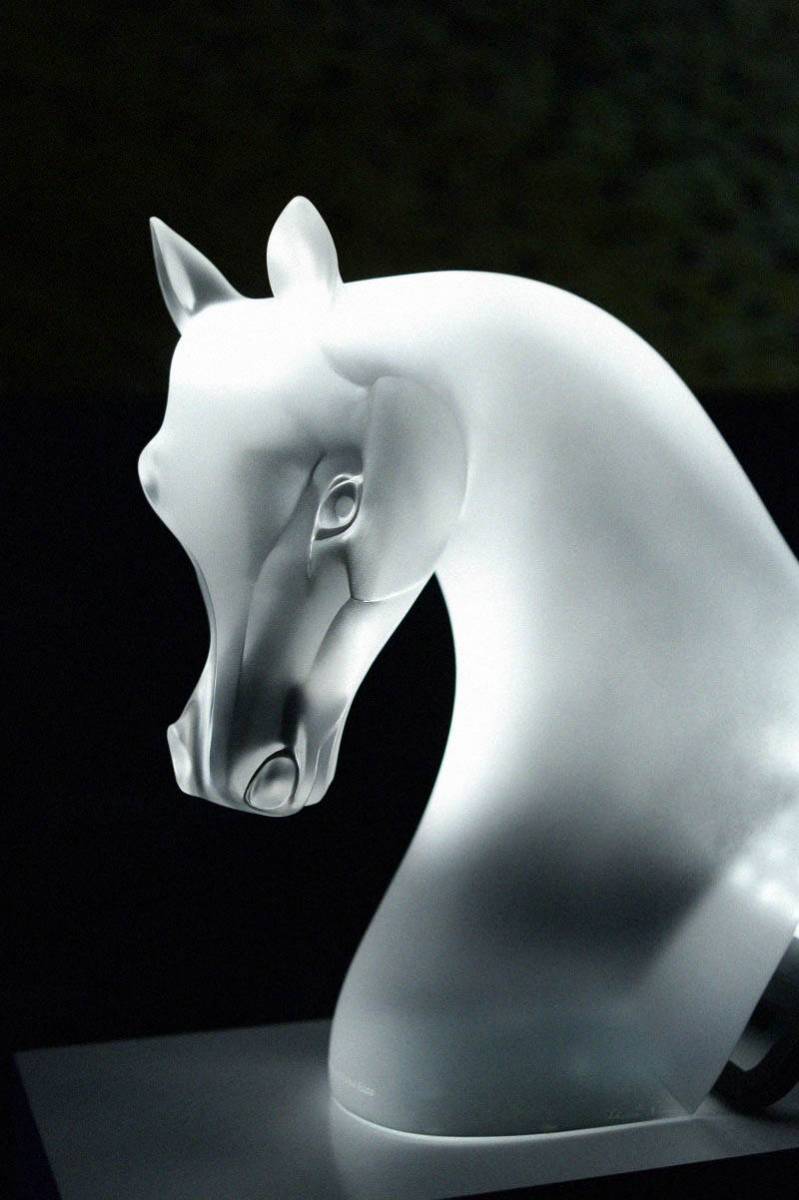 -WHAT ARE THE KEY MILESTONES OF THE COLLABORATION BETWEEN THE IFHA AND LONGINES? WHAT DOES THIS PARTNERSHIP BRING TO THE EQUESTRIAN WORLD?

-THESE AWARDS REPRESENT TREMENDOUS DEDICATION. IS IT AS THOUGH A LARGE FAMILY HAS BEEN CREATED OVER THE YEARS?

-Absolutely! In London, Longines and the IFHA are proud to bring together jockeys, breeders, horse owners, the media and friends of the equestrian world. This great family can then relax and celebrate its shared passion. 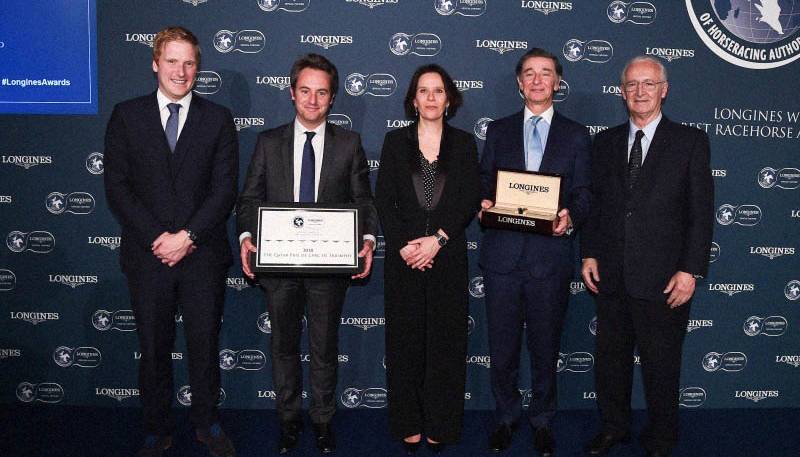