When a horse and rider excel in competition, people only talk about their success as a pair. However, this success is also due to those involved behind the scenes. Bernadette Robin was Jappeloup's groom when this little horse won the gold medal with Pierre Durand at the Seoul Olympics in 1988. She tells us about her horse obsession. 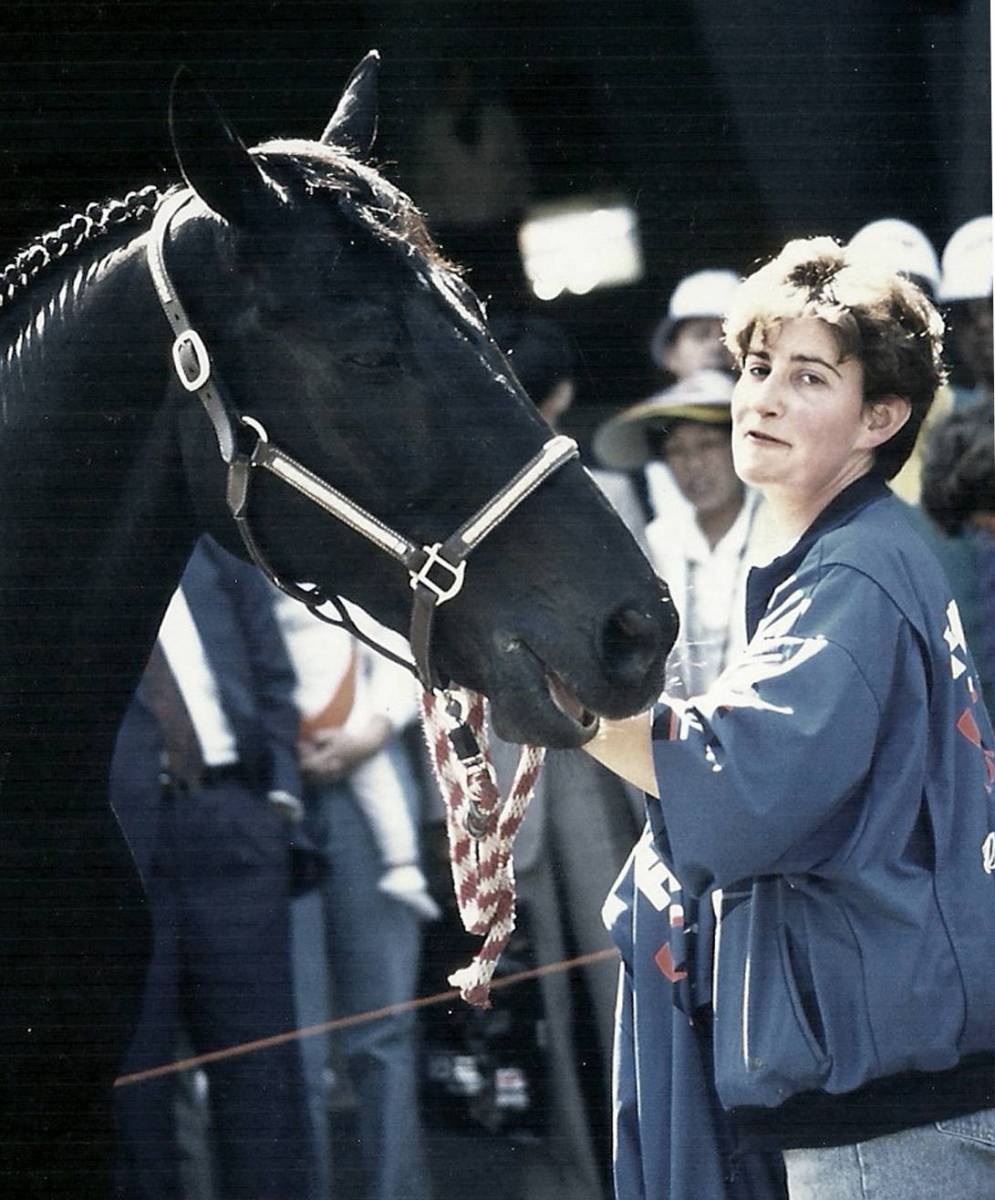 Firstly, what do you think of the film adaptation of Jappeloup's story?

Essentially, the film tells the story of a rider who realises his dream; unfortunately, it only shows Jappeloup jumping and it's a real shame to confine him to that role. This horse is much more than that. He won hearts with his presence and his what you might call resilient character. Pierre instilled in him the seriousness of a professional while ensuring that the animal retained his foal-like playfulness, a playfulness which I helped to maintain, since a horse is born to be free and alive; without him, his rider would be nothing. Neither could function without the other.

Tell us about your relationship with this little black horse.

I began working for Mr Durand after the Los Angeles Olympics, and Jappeloup became my friend very quickly. People share deep feelings with horses. It's indescribable. He had two personalities: one in the stable and the other in Pierre's presence. I remember that whenever Pierre arrived, Jappeloup would walk all over him. He was a horse who could be very serious, but who also had the mischievousness of a foal. He was playful, a show-off. He sulked in front of the cameras. A bit like me and like the people around him. I think that to a certain extent horses reflect the people who are close to them. I also remember that he loved running away when the opportunity arose. That was his favourite trick, along with taking off his straps and rugs. He used to give me sleepless nights, the little rascal!

He also had a winning temperament.

Yes, he was a winner. He loved jumping, and when he hit a rail he didn't have anything like the same reaction as in training. When he was happy with himself, he would kick when he was leaving. I used to ride him every day with an olive bit. I often did trotting. I was supposed to ride him with a German martingale but I hardly ever did as I found it really annoying. He used to trot completely straight, straight ahead. The photo where you see me trotting on him was taken on the morning of the Bordeaux Grand Prix. Pierre didn't like riding him in the mornings. He used to ride him just for the competition.

DID YOU RECEIVE RECOGNITION FOR THE WORK YOU PUT IN?

Yes, I think so. I received recognition from the horse and also from Pierre. When he had interviews with journalists, he used to say: "Go and see Bernadette, she knows the horse better than I do". We each did very different things with the horse. We each had our own Jappeloup.

Tell us about the notorious fire.

It was during the day; I was driving the lorry. We got lost on the motorway and we stopped at a service station. Behind us was Hervé Godignon's lorry. I got down from the lorry, and then Nadine, who was with me, shouted "Fire! Fire". The fire had broken out on top of the lorry. We immediately got the horses out. One of them escaped onto the motorway: it was Marbella, a mare belonging to Frédéric Cottier. A lorry driver stopped and caught her. Two of Frédéric Cottier's mares received burns and one of them died as a result of her injuries.

How did Jappeloup react?

He stayed very calm. In panic situations, he realised that he had to stay still. He got out of the lorry calmly while everything was beginning to melt above his head. In a way we were lucky as there were some stables just behind the service station. The owners, who were very nice, put their horses in the field and took ours in.

Take us behind the scenes at the Seoul Games.

I remember that we had to shoe Jappeloup before leaving for the Games as he was difficult to shoe. He always made a real drama out of it. The whole operation took two hours. The other horses in the France team were reshod in Seoul by the team farrier. But the farrier and Jappeloup didn't get on. Whenever he tried to shoe him, there was always a nail that went in crooked. In short, in the finals, Jappeloup had completely worn out shoes. As there was a lot of tarmac, the shoes wore out quickly. I still wonder how they kept going!

Did you believe that Jappeloup would triumph?

Yes, I was confident. I always told myself that he would win. He was the best. Jappeloup gave it everything; he pushed himself to the limit. The proof is in the little photo where you see us waiting for the veterinary inspection with him wearing his halter: Jappeloup's lip is sagging. I've never seen him so exhausted. On the journey back from the stadium, I travelled alongside him in the lorry that took all the horses and grooms back to the stables. I had done the same on the way to the stadium, but for the return I sat in front of him. He put his head on my knees, between my hands, and he closed his eyes.

How long did you look after Jappeloup?

I looked after him for four years and after Seoul I left. I was tired and I left on the spur of the moment. I've always regretted it. I saw Jappeloup again a little while later in Paris, at the horse show. I know he recognised me. At the beginning, I didn't really realise it but, in retrospect, I understood that I was looking after a truly exceptional horse. I still think about him today.